Golf coaching is all about effective communication, listening to what golfers want and providing solutions so you can achieve your golfing desires.

Whether an established player or just starting out in the game, we are passionate about helping you learn and play better golf.

Every golfer enjoys the game more when they're hitting good shots repetitively and playing well. Our mission is to ensure you go to the course with confidence and immediately see the benefits of clear and simple to follow instruction leading to better on-course performance.

Golf is what the ball does and our experiences and education in the game have seen us travel far and wide to learn from the best instructors in the game.

We appreciate that all of us are different and therefore we all like to receive and process information in our own way.

Understanding why you hit the shots you do and how to hit more of the ones you want is paramount in order to improve. Whether that's introducing you to the game, wanting to drive it straighter, hit it further, enhancing your short game or understanding how to manage the course. Our lessons and packages are tailored to you and provide a roadmap for better golf, all the while building relationships within this great game for life. 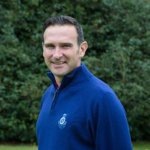 George has spent a lifetime around the game of golf gaining a wealth of experience in all areas of the profession and is extremely passionate about the game he loves, “I’m fortunate because I’m in the business of dealing with people.” After becoming a Member of the PGA in 1999, George developed his teaching skills by spending time with some of the most influential instructors in the world gaining a comprehensive understanding in teaching people golf through effective communication, making
Book a Lesson Book a Fitting 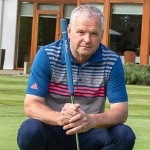 Richard started his Professional career here at North Hants before moving over to Germany as The Head Professional at Hamelner Golf Club. After 15 very successful years of helping to develop the game of golf in Germany, Richard decided to move back to the UK as Head Professional at Sherfield Oaks Golf Club, Hampshire where he spent a further 17 years. In August 2018, Richard returned back home to North Hants. " it's great to be back at North Hants, I have known George for a number of year
Book a Lesson Book a Fitting

Whilst we investigate, please read our page on the email whitelisting and ensure you've added me to your Safe Senders list